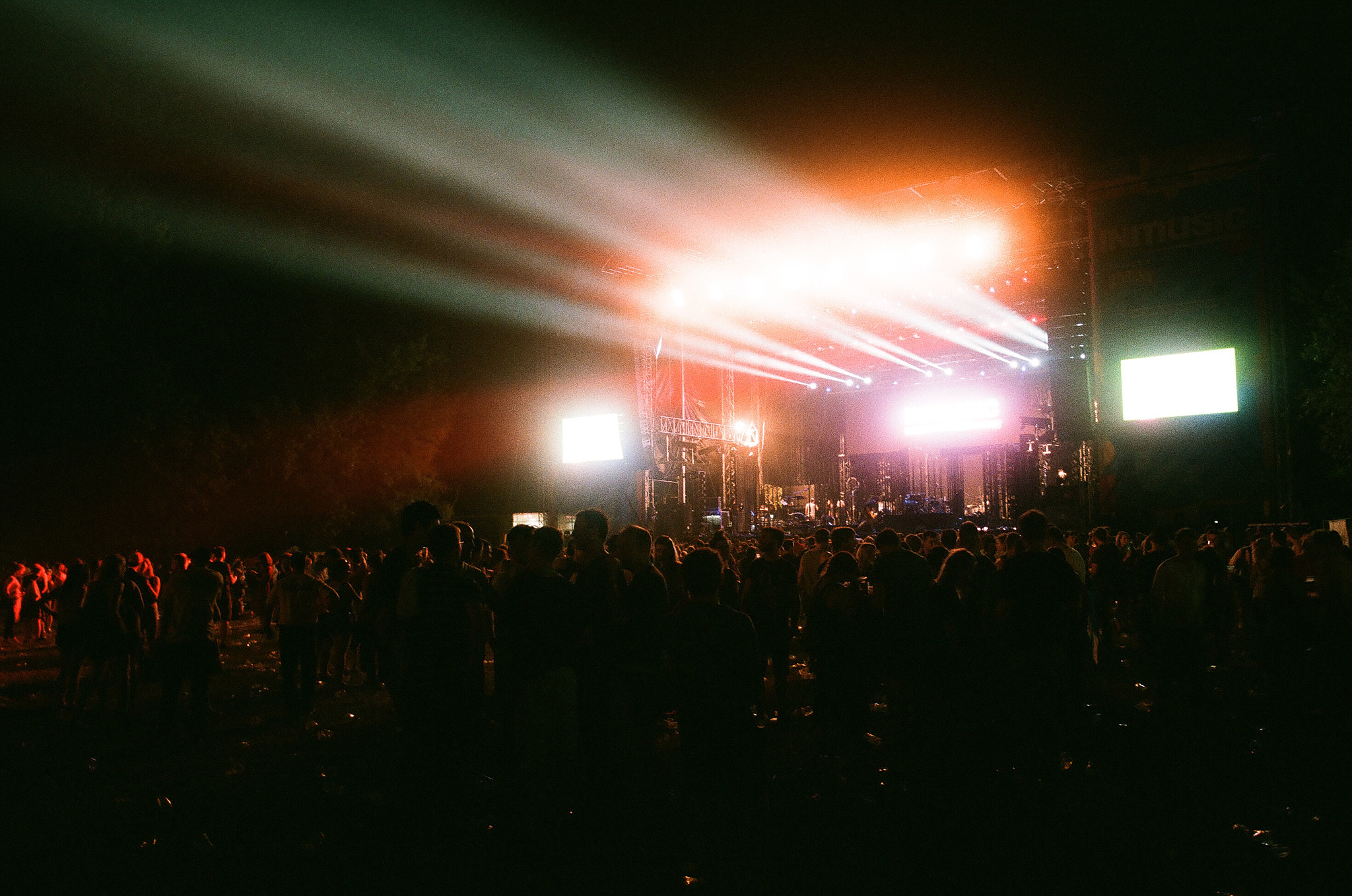 A couple of weeks ago I was meeting with some UK-friends in Zagreb at the INmusic festival.

I wanted to shoot some pictures during our stay and decided to go for two cameras: the Nikon FM3a and a RF from Voigtländer, the VF 101. Both are sturdy and lightweight at the same time. The meter of the VF 101 was just working fine and given the music bands were having their gigs in the evening, I packed for the FM3a a fast 1.4 50mm lens, a little flash (Nikon SB-30) which I could use for both cameras and fast film (which however I eventually decided not to use). 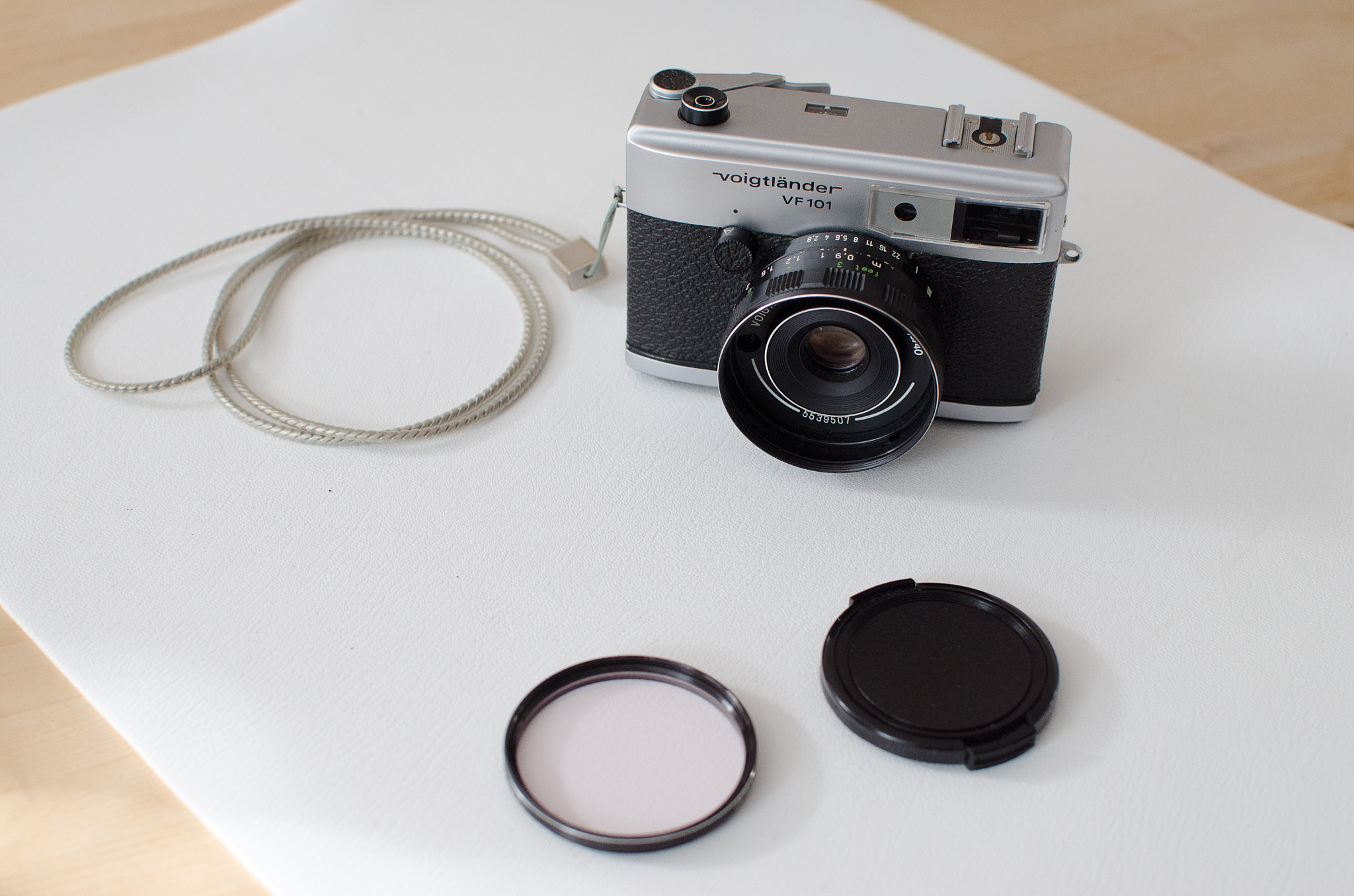 The total FM3a set, neatly stored in my Billingham Hadley Small consists of the following items: 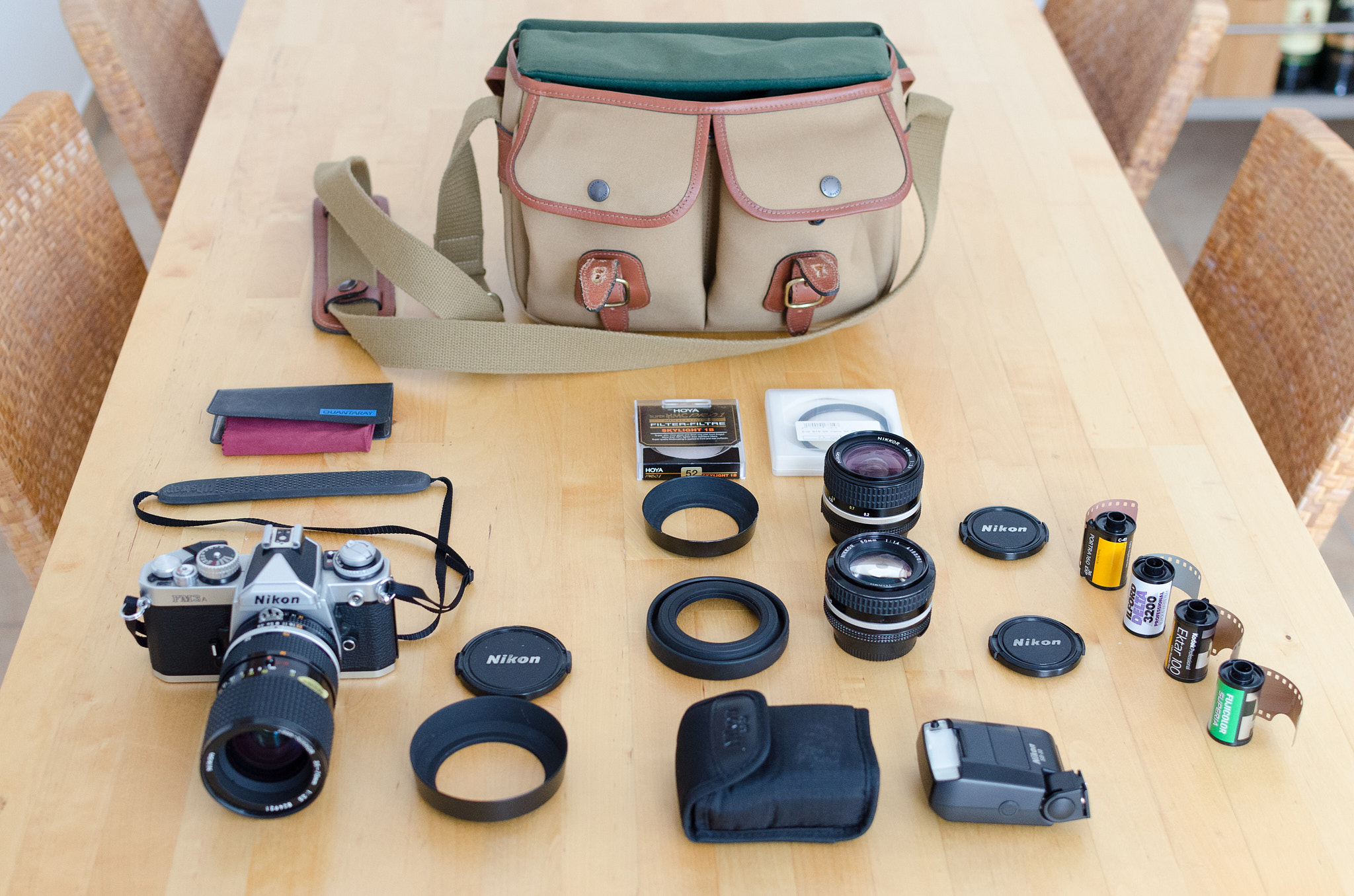 The whole kit weighs just over 2.5kg which is not too much for me considering I was carrying it in the middle of the crowds during a concert. Also, the Billingham allowed for a very easy access to the gear without having to fiddle with zippers.
Though I love the 35~70mm with its built-in Macro function, I’ve decided to mostly take the 50 and 28mm only thus saving half a kg and make space for my spray to fight the mosquitoes. Also, there’s no big difference between 35 and 28mm on the wide end and for day light shooting, I would take the body with the zoom lens only without the bag. 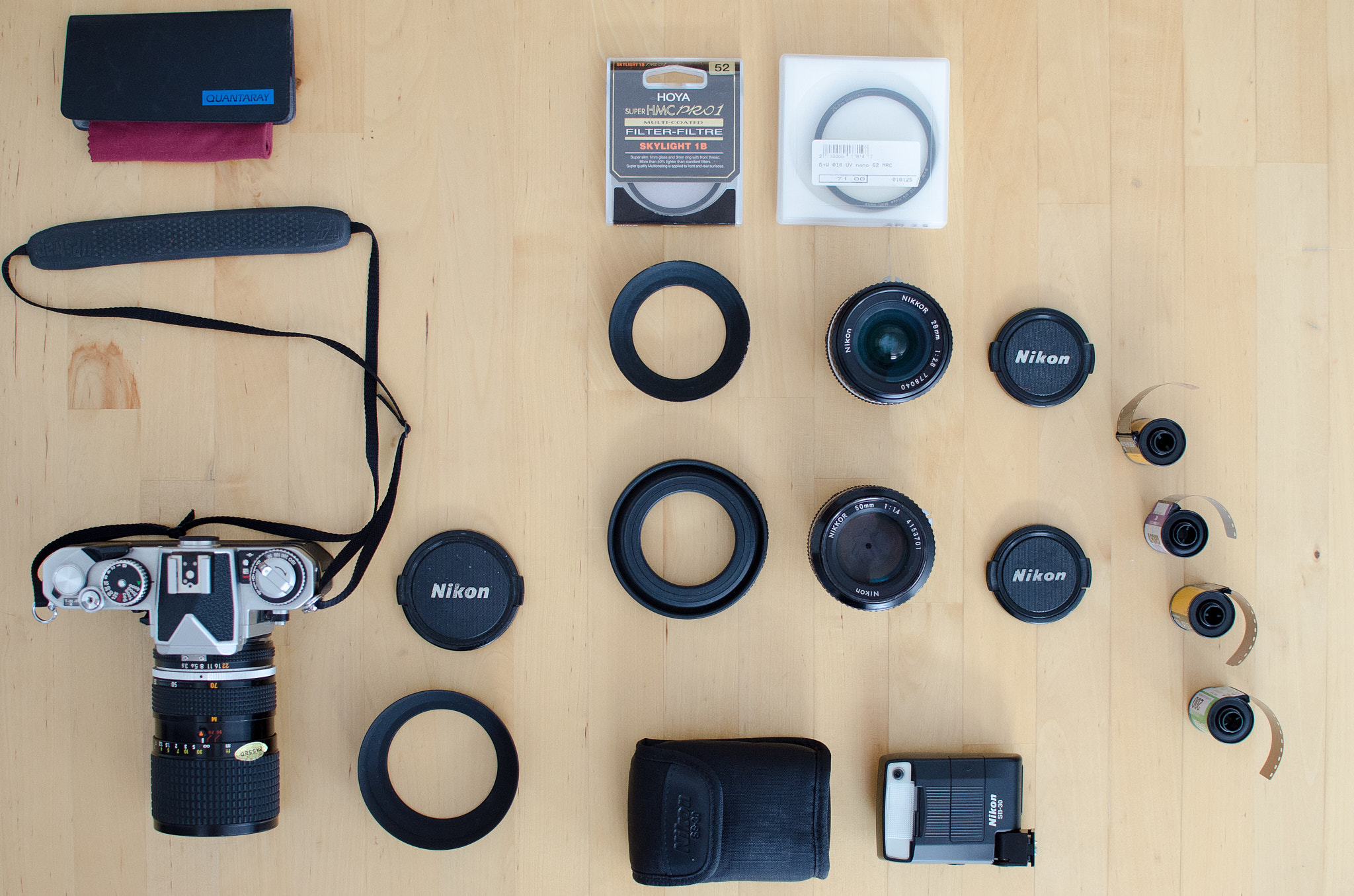 The SB-30 is probably the smallest Nikon TTL flashlight for their film cameras and aside of the non-TTL automatic mode it even has some rudimentary manual mode and exposure compensation, enough for most use-cases and the Voigtländer. In combination with the FM3a, I achieved great fill-lights, if not too far away give its guide number of 16/52 (at 28mm angle of coverage, ISO 100, m/ft, 20°C/68°F).
Talking of films, I’ve been experimenting with different types and eventually, for general purpose shooting, I like the Fujifilm SUPERIA 200 the most as it has a rather balanced color rendition. The Ektar 100 is great for summer days to give a lot of warmth but it blows out the reds very quickly. The Portra 160 is a great portrait film and I shoot it usually at 100 to give a light touch to the pictures. For shooting during at night / very little available light, my absolute star is the ILFORD Delta 3200, shot in combination with a fast prime lens.

The Voigtländer VF 101 is a small coupled AE rangefinder camera. I just got it very recently from one of my favourite 2nd hand shops in Vienna: Leicashop. (Check the Vintage section). Developed by Voigtländer and produced in the mid Seventies by Rollei, it most likely also has its genes for the lens from Zeiss Ikon,  as the Color Skopar 40mm looks a lot like a Tessar.
Shooting with the VF 101 is a joy, provided there’s enough light. In the dark, it was difficult for me to focus given the tiny overlay image of the coupled range finder function was not really of a big help. The camera is super-silent, hence rather non-intrusive, however, due to my lack of experience when shooting RF cameras, it took me sometimes more time than anticipated to do some basic adjustments, I am obviously not Henri Cartier-Bresson. Holding it is a joy, as you get the impression of holding a sturdy little block of metal and it weighs just over half a kilo. 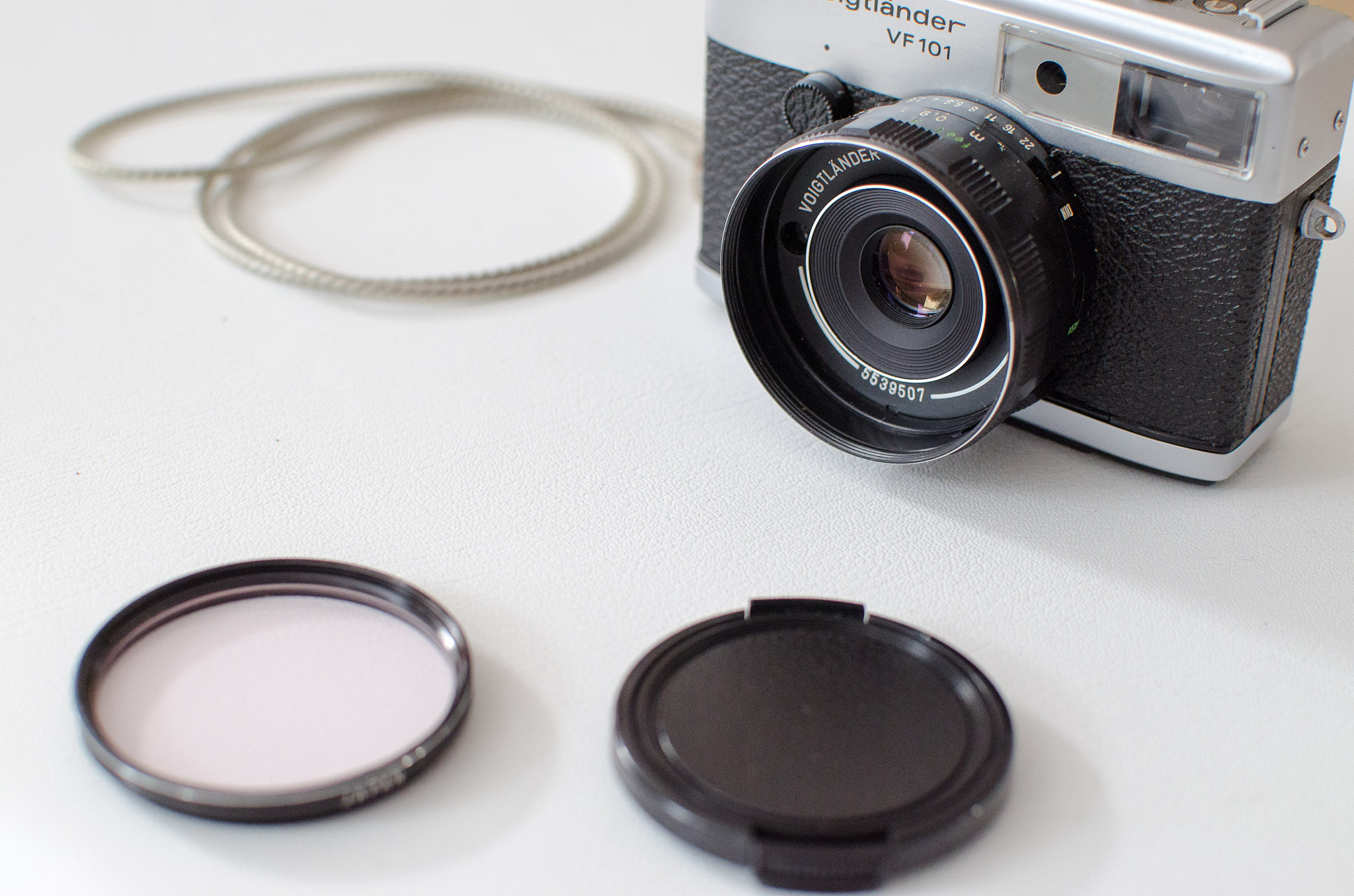 On my way to Zagreb, I did a stop-over in Maribor and Ptuj Castle, both lovely places in Slovenia, so the coming pictures are from the whole trip.